Use of Mobile Devices in Public Access to ICTs: Preliminary results from a study in Latin America from Sara Vannini

More information on this project on the Telecentres and Mobiles website.

UNESCO Community Multimedia Centres are a specific model of public access to Information and Communication Technologies (ICT). These venues are conceived to address the information needs of underserved and marginalised communities in emerging and developing countries. They are composed of a community radio station, which broadcasts in local languages and is managed by local people, along with a telecentre, a place where people can access computers, the Internet, and other services such as offline content collections, photocopier and fax. The model was designed as an ICT for development (ICT4D) initiative, aimed to bridge the digital and knowledge divides experienced within remote communities.
Community Multimedia Centres (CMCs) can be defined as a top-down, off-the-shelf solution, designed on communities’ behalf and replicated in a variety of countries. This one-size-fits-all kind of intervention has characterised most of the first wave of ICT4D projects, and was, in later time, criticised in favour of more participatory approaches. Top-down approaches are believed to originate mismatches between design assumptions and observed realities. Yet, CMCs and analogous public access to ICT projects, still receive considerable attention within the field, and huge investments are still made by governments and international organizations to support and create them.
Purpose
This research explores the phenomenon of CMCs in Mozambique by investigating Social Representations (Moscovici, 1961) that different stakeholders’ have of them. Social Representations can provide an integrated view of CMCs that give voice to local perspectives without neglecting to take into account the initiating agencies’ expectations. Social Representation theory is, thus, proposed as a suitable theoretical framework to operationalize the gaps between designs and realities that too often affect ICT4D project sustainability.
Methods
This research was conducted by using a mixed methods approach. CMCs of 10 Mozambican provinces were investigated by conducting 232 interviews with representatives of initiating agencies, local staff members, CMC users (both the radio and telecenter components), users of the community radio only, and community members who did not use the CMCs. Photo-elicitation was also used, which is an underexplored technique in ICT4D, and was employed for data generation with members of the staff and CMC users. Following the analysis of transcribed interviews, different data analysis methods were employed on both the visual and the discursive data generated, including co-occurrences of the lemmas used by interviewees and inductive and deductive content analyses. The combination of these different techniques allowed to gain in-depth insights and to triangulate research outcomes. Outcomes of the analyses are presented in three journal articles included in this work.
Furthermore, a systematic literature review on the use of Social Representations Theory in ICT4D and adjacent domains was performed, which sheds light on the potential that the theory has for the field.
Outcomes and Implications
This work makes a case for approaches that include contextual realities and local actors in the design of ICT4D interventions, and validates Social Representations as a suitable theory in the field. Also, it proposes a viable methodological strategy able to grab the complexity of the local context. Overall, the theoretical and methodological frameworks employed generated valuable outcomes, which confirm and increase the literature about public access to ICT venues. Outcomes from this work will inform academics, as well as practitioners and policy makers about the way CMCs are accommodated into different social actors’ universes of meanings and practices, and about meaningful improvements to be enacted into the local context. 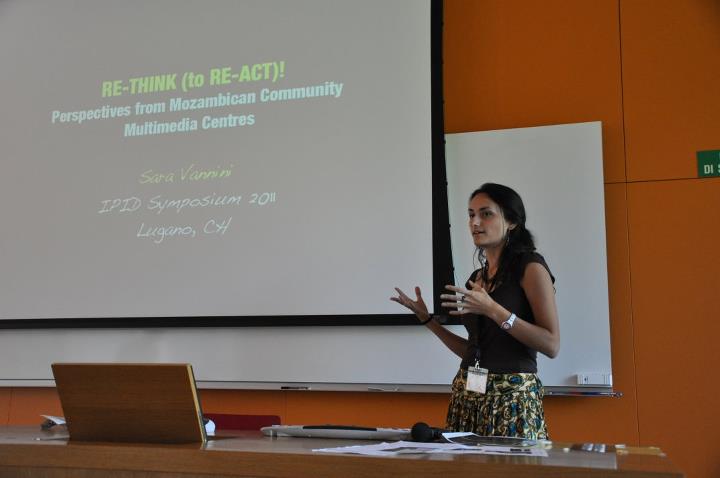